The Power of Populism. Geert Wilders and the Party for Freedom in the Netherlands. 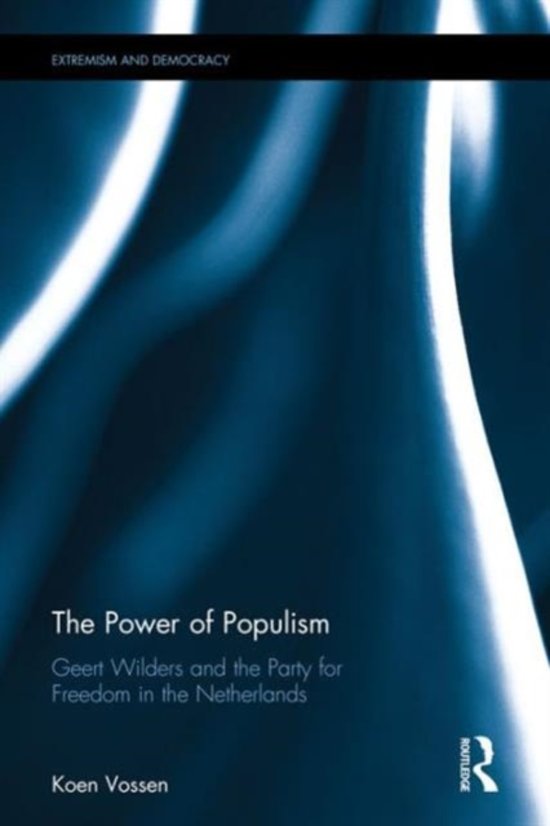 This book discusses the Party for Freedom (PVV), a political party in the Netherlands, founded and led by Geert Wilders. Attaining between 10 and 18% of the votes, the PVV has become one of the largest parties in the Netherlands and is the only political party worldwide without members. Between 2010 and 2012 the party supported a minority coalition of liberals and christian-democrats in exchange for influence on governmental policy. The PVV can be viewed as the Dutch version of an ideological family of nationalist parties linked by their opposition to immigration and to the political and cultural elites. Within this family, Geert Wilders has played an important role as pioneer of a new master frame, in which Islam is portrayed as the historical arch-enemy of the West. As the main figurehead of European islamophobia, Wilders has inspired political parties and organizations in Europe, North-America, Israel and even Australia. Examining data collected on various aspects of the party (for example, voters, activists, organization and ideology) and employing theoretical insights from sociology, electoral geography and political science, this book analyses this controversial phenomenon and seeks to obtain a clearer picture of the functioning of the PVV. This book will be of interest to students and scholars interested in European politics and current affairs more generally.

‘Populism in the Netherlands after Fortuyn: Rita Verdonk and Geert Wilders compared’. Perspectives on European Politics and Society, Routledge 2010 (11), 22-39.  Read

‘Protecting the people against the masses. Populism and technocracy in the early years of mass-democracy.’ Conference University of Oslo. Challenges to Democracy: Populism, Technocracy, and Democratic Participation. 5/6-11 2015

‘An anti-islam Dutch leader is barred from power’ The Washington Post, 17 maart 2017

‘Populism and Paranoia in the Netherlands’– Handelsblatt, 10 maart 2017

‘The man who turned gay rights into a weapon against muslims’–  Buzzfeed, 4 maart 2017

‘Why the Dutch are drawn to right-wing populist Geert Wilders’ The Nation, 21 februari 2017

-Various interviews on the political situation in the Netherlands and Belgium for the Australian Radiostation SBS Dutch Program.